Before getting started here I strongly recommend that you read the five posts below, in fact it’s imperative that you do, or else this will be like opening a book in the middle and you won’t have a clue what’s going on!

In Secrets of the Owl: Part 1 – Links to the Ancients I showed you that:

In this post I’m going to really hammer home just how prevalent the owl is in our society.

You will start to get an idea of how the owl appears in your everyday life, as well as starting to grasp the fact that the owl is used as a key occult symbol by those who lead multinational corporations, countries, media, etc (i.e. members of the Bohemian Club, among others).

You’ll be happy to hear that the majority of this post will be light reading (i.e. many pictures), and the general theme is… 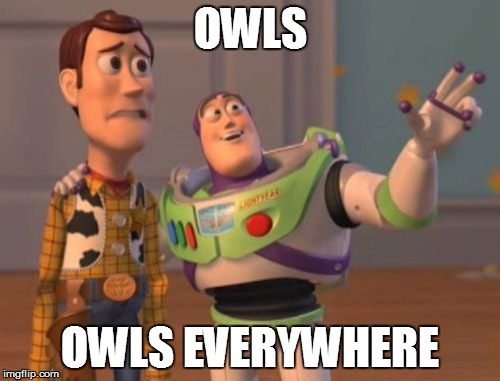 A quick point to make though before we start though:

However, we need to be very concerned about the symbolism and occult (i.e. hidden) meanings behind the owl.

Now, as you will see below, the owl appears everywhere in our society: in architecture, education, media, television, music, business, etc, etc…

Owls appear on the facade of many prominent buildings all around the world, such as banks; cathedrals; schools; universities; museums; parks; zoo’s, government buildings, etc… Arzuid Sculpture in Amsterdam (left); and owl on a building in Helsinki, Finland (right):

Owls either side of a statue of Athena on a building on Canon Street in the City of London (left); and a golden owl sitting on top of a three-faces clock on a building near the Monument (center and right). 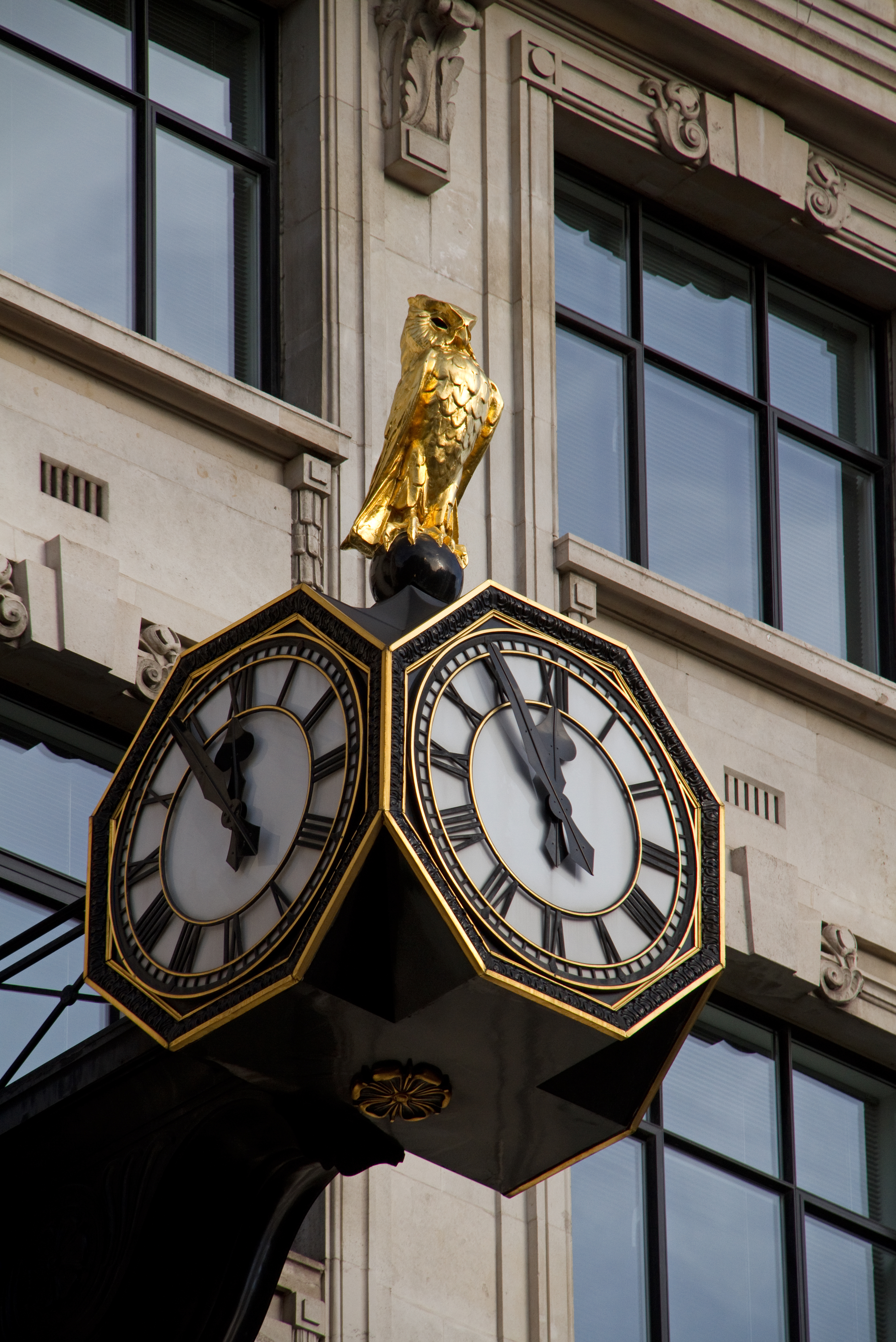 Incidentally, Yale University is the home of the Skull and Bones, the secret society/freemasonic fraternity into which George Bush and John Kerry were initiated, and is located in New Haven, Connecticut – on the line of death I showed you in Leylines: Part 2.

I will cover the Skull and Bones – and especially the massive significance of 322, in a later post.

For now though, back to the owls…

Owls can also be found at Astor Court in Bronx Zoo, New York.

Owls are often designed in architecture more discreetly too, such as at the entrance to Bronx Zoo in New York:

Owls on the Exeter Cathedral emblem (left); and an owl guarding the gates of the Manchester Grammar School (right).

Carvings of owls in the chantry chapel of Bishop Oldham, Exeter Cathedral.

An owl in a stone carving, somewhere in Asia: 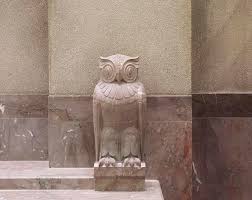 Monument to the 5th Ohio at Gettysburg (both):

Owls have even been the basis for the design of entire skyscrapers!……

Let me show you…

Waxahachie Courthouse, Texas. Keep this building in mind for later, its going to play a key role in Leylines: Part 3… 😉

Owls can be found in courthouses, and owls are in fact also often depicted as judges in cartoons.

The old Herald Tribune building was overflowing with owls perched on the rooftop, as is the Herald Square in NYC today. Herald Square now features several of the bronze rooftop owls perched on gate posts.  And if you look closely as night falls, you will see that the owls with spread wings atop the monument flash their eerie green eyes (picture on the bottom row in the center just above the very bottom circular picture):

Bennett Clock in Herald Square has a statue of Athena with bell-ringers and features an owl (perched on the bell):

Owl logos in other Secret Societies

Minerval Seals of the Bavarian Illuminati: two of three known to still exist. P.M.C.V. stands for Per Me Caeci Vident (Through me the blind become sighted). An owl holding an opened book (signifying learning), surrounded by a Laurel wreath (a symbol of learning or graduation); Per Me Caeci Vident was a reminder to the Superiors of the class, whose responsibility it was to properly instruct the Minervals. These medallions were worn around the necks of Minerval initiates.

Detail of an owl from a floral border, at the beginning of Matins of the Virgin. London, England (left); and an owl from an unknown location (right) That’s a lot of owls for one artist…

Notice anything peculiar with this owl?

I wonder who Drake is endorsing and showing allegiance to here…

Here are some other artists who also like owls…

“Owl Pharaoh”… what a strange name for an album!… Unless of course you know what you now know…. Notice that the cover at the bottom right also includes a pyramid too.

Entire music festivals are dedicated to the owl…

Below is a short clip showing the enormous mechanically-moving owl on stage…. Imagine the effort and logistics required to build something like that… must have been important to have it there…

By the way, that music is rather monotonous… it’s almost like they were trying to hypnotize people or something……..  “Stay asleeeeep…….” 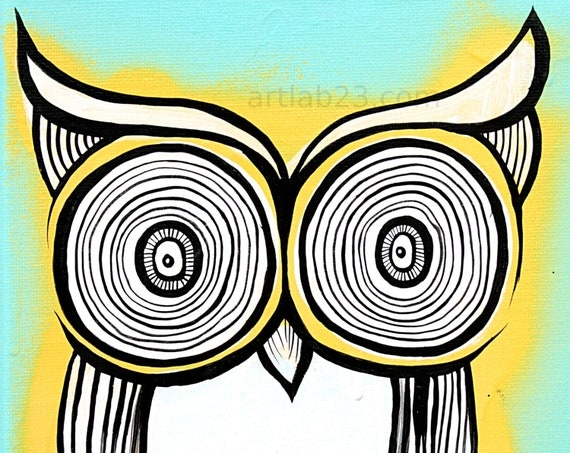 Whilst we’re on the subject of Harry Potter… 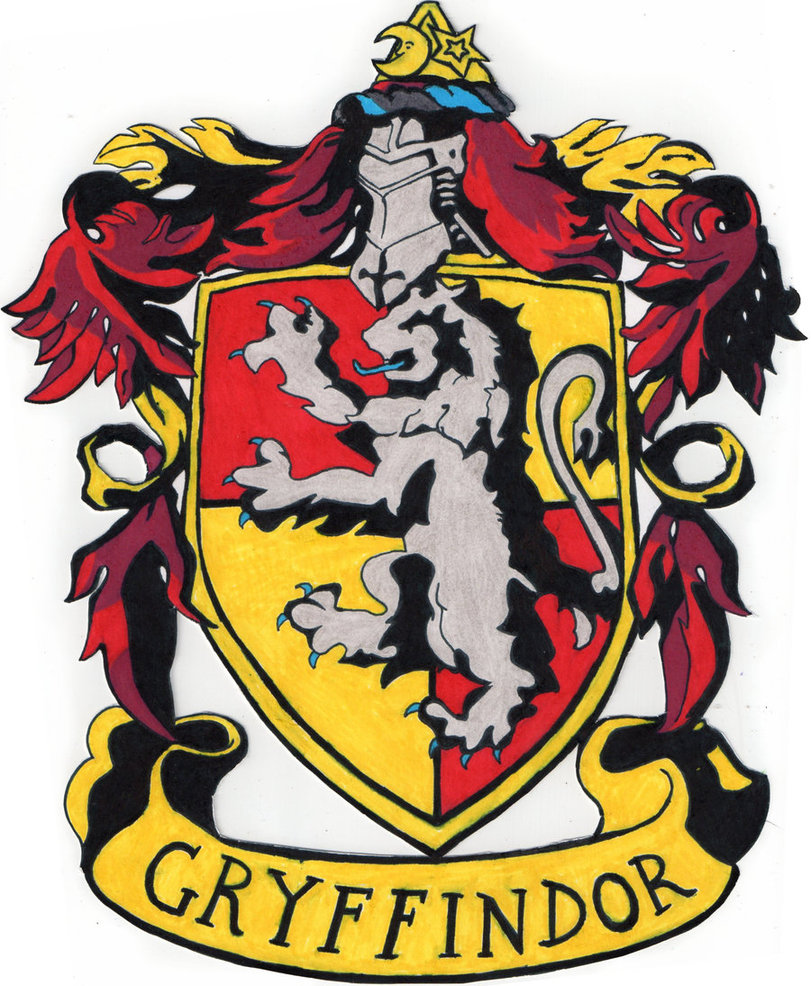 … like maybe the moon, sun, and pyramid at the top? 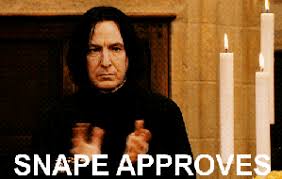 While we’re at it here’s another one… do you notice the triangular shape of doritos?… Owl Rock near Monument Valley, Arizona… Could this be an ancient owl-worship site, similar to the 40ft owl at Bohemian Grove?…

The newly-launched London Night tube service has an owl as its logo:

Note that out of all the hundreds of owls to choose from, the photo below was the headline photo in newspapers…

What’s so special about this one you ask?…

Do you notice the sun/moon eyes… lots of occult symbolism…

Want to see why this is significant?

Occult symbols are used to send hidden messages through the media… and next I’ll show you exactly how that is done.

Before we start though, make sure you have your tin foil hats strapped on nice and tight, and get ready to dip your big toe in the twilight zone. He’s reporting on the Sandy Hook school shooting, and telling viewers about an owl that was drawn by a Sandy Hook student (Grace), who then met with Obama and presented it to Obama shortly after the Sandy Hook shooting incident…

The official story says that 20 kids were killed in school, and then another kid randomly happens to draw an owl and also happens to meet the busy President and give it to him….. which CNN then get a copy of and publicize for the whole world to see…

Of all the things a child could draw, what are the odds of them drawing an owl specifically, and then getting to meet the President to give it to him?

Furthermore, why would CNN be given a copy of it, and then have their top reporter make a big deal out of something so trivial when there were obviously bigger things to cover… like uhh… the fact that 20 kids were apparently killed, or something… Here’s who really drew that colour-coded message to Obama:

You may recall that George Bush is part of the Skull and Bones secret society, as shown earlier…

Secret societies like the Skull and Bones communicate via symbols that have occult (i.e. hidden) meanings, usually through public channels like the news.

This owl was a message to Obama that Bush’s sacrificial task at Sandy Hook was complete, giving the go-ahead to Obama (as well as to other freemasons worldwide who inevitably watch CNN for their occult messages) to proceed with their own pre-arranged plans (i.e. plans that have been made when everyone is gathered together at the summer camp at Bohemian Grove and at the annual secret Bilderberg meetings.

For people who are new to secret societies the following video may seem confusing and probably a little kooky, but know that it is symbols – and not words – that are used by the ruling elite and freemasons to communicate with each other –  most often through public channels like the news.

Oh, and lest we forget, as I showed you in Leylines: Part 2, Newtown, Connecticut (where the Sandy Hook shooting took place) is on the line of death connecting Teotihuacan, Hurricane Katrina, Atlanta Olympics bombing, Washington DC pentagon 9/11 bombing, New York 9/11 attacks, Boston Bombing, Stonehenge, the Bosnian Pyramids (including a Pyramid of the Sun), and Baalbek.

Watch this before proceeding:

Want to see another catastrophic event where the owl makes an appearance?

During an FA Cup semi-final game between Liverpool and Nottingham Forest at Hillsborough Stadium on April 15th, 1989, there was a massive crush that killed 96 people, which is to date England’s worst sporting disaster.

Hillsborough Stadium (where the game was played) is the home stadium of Sheffield Wednesday, a club who’s logo has….. 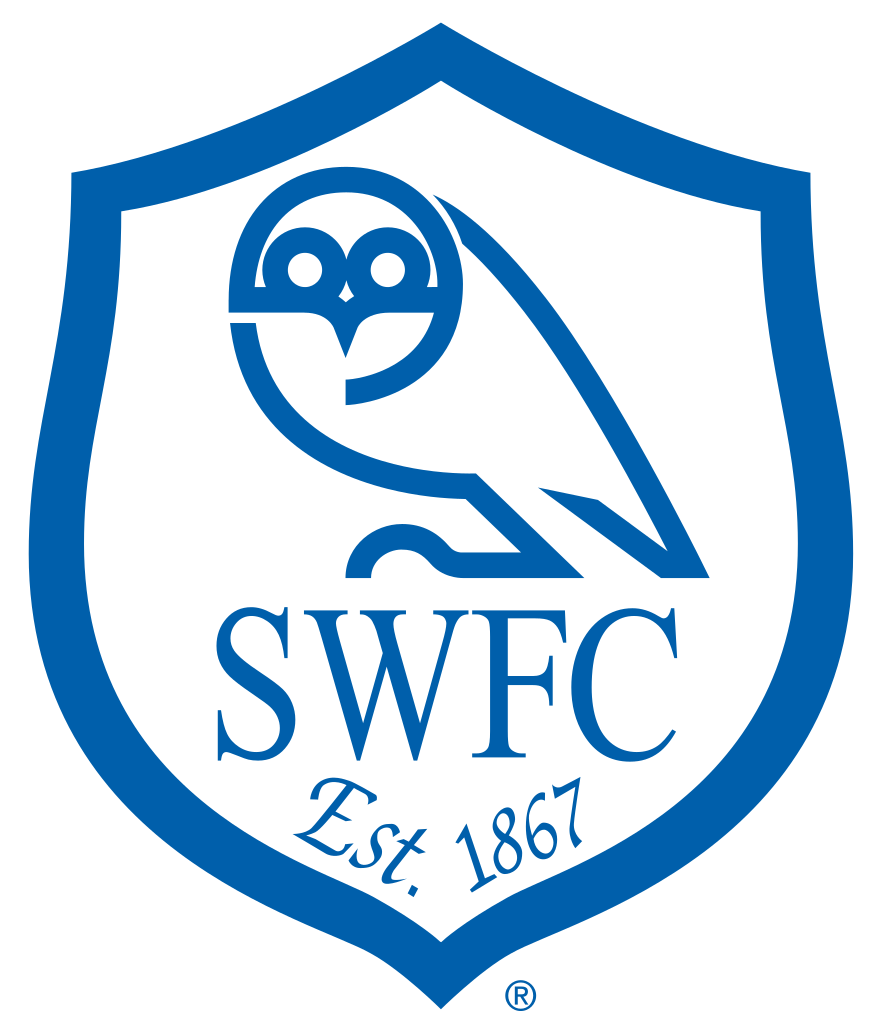 Liverpool FC actually had a manager (Roy Hodgson) between July 2010 and January 2011 commonly referred to as “the owl”… as exemplified by a quick google search: