In this post we will take a look inside the Capitol building, and I will also start to show you how important the colour purple is.

As you’ll recall, the US Capitol building stands at the very center of the owl outline on Capitol Hill.

The Capitol building is the seat of the United States Congress, the legislative branch of the U.S. federal government. It sits atop Capitol Hill, at the eastern end of the National Mall.

Though not at the geographic center of the Federal District, the Capitol forms the origin point for the District’s street-numbering system and the District’s four quadrants.

You have already seen how important the owl is symbolically, and the Capitol building was deemed worthy of having an owl designed around it…

The designer of the Capitol grounds was Frederick Law Olmsted, who started a school that just happens to have an owl on its logo as well. Grades 6-8 used to be located at 911 Abbott Road, Kensington, NY. Now one of its campuses is at 319 Suffolk Street.

Incidentally, the name Olmsted sounds a bit like Olmec, which was the first known ancient civilization in Central America. Judging by this wikipedia page, the Olmec’s worshiped the owl as well, and indeed also had grotto’s similar to the Summer House grotto on the Capitol building grounds (which I will cover in a moment).

Below are photos of 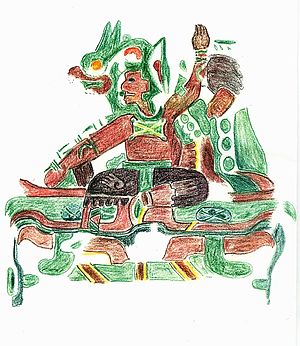 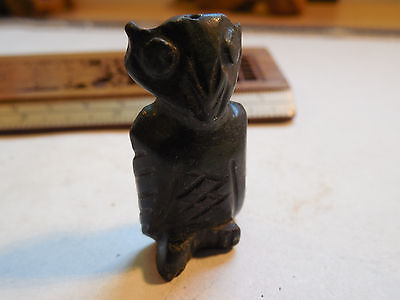 Remember that there is an owl on the dollar…

If we overlay the dollar note on the Capitol grounds, the lines on the note align perfectly with the building itself:

The building is the Capitol Grounds Summer House… which itself has owl-like features. The Summer House is built like a hexagon, which you will see in later posts is of significance.

The US Capitol Building

Before we take a look inside the Capitol building, notice how the front and east entrances to the building look remarkably like Roman temples… You’d be forgiven for thinking they had the same architect…

Guarding the entrance to the Capitol building is Nimrod (Baal) in the likeness of the Roman god Mars, whom the Egyptians called Osiris. As you can see from the image below this entrance is identical to that of the Roman Panthenon of the Gods – as well as the Greek Parthenon.

Inside the Capitol Building

Looking inside the Capitol building, on the inside of the dome we see very meticulous and detailed carvings, and at the top there is a ceiling painting looking down onto all the floors of the building.

As you can see below, the painting is encircled by pentagrams – 72 in total. I will show you the significance of that number in a later post.

You may have noticed that there is a banner with a latin motto portrayed in the painting:

E Pluribus Unum means “Out of many, one“, and is the motto of the US.

This will become very important later on.

Take note that this motto also appears on the back of the dollar (just above the eagle):

Now, what else is there to be found on the painting?

That is George Washington sitting there, flanked on his right by the the goddess Liberty (i.e. Minerva/Ishtar/etc… who you’ve already met), and on his left is the goddess of Victory (who is also known as Nike).

You may recall that the statue of Zeus that we discussed in Secrets of the Owl: Part 2.2 – An Introduction to Synchronicity has shows Zeus holding a figure of Nike in his left hand. The Romans regarded Jupiter as the equivalent of the Greek god Zeus, and it appears that the freemasons hold Washington in the same regard as Zeus/Jupiter based on this painting.

Forming a circle between Liberty and Victory are 13 maidens, each with a star above her head, representing the original 13 colonies.

The painting was painted by Constantino Brumidi in 1865, and is called “The Apotheosis of Washington“.

Do you know what “Apotheosis” means? …

Notice also that in the painting George Washington is wearing a military uniform on his upper body, and draped with a cloth like a pagan god (i.e. like Zeus/Jupiter) on his lower body.  The colour of the cloth – purple, is highly significant, and I will cover this in great detail later in my very next post.

As you can read here, the painting is full of other pagan and Roman gods, as well as a lot of other symbolism, but we’ll move on from that painting for now.

Here’s a statue of George Washington from the National Museum in Washington D.C. where he is again depicted as a pagan god:

Does it not strike you as rather odd that a politician is being presented shirtless and as a modern day god? Imagine for instance the ridicule if a shirtless statue of David Cameron or Obama was made today…

George Washington also appears on the front of the one dollar bill, which we will take a closer look at now.

Here is George Washington on the one dollar bill:

The shape around the portrait of Washington is that of Omega:

Omega is the last letter of the Greek alphabet.

Alpha is the first letter.

Remember the back of the dollar bill?

Here are Alpha and Omega on the front and back of the one dollar bill:

Where else do we find a reference to Alpha and Omega?…

“I am the Alpha and the Omega, the First and the Last, the Beginning and the End.”

… Seems like George Washington,”Freemason and First President” had some pretty grandiose plans…

Remember the symbolism of the obelisk (Washington Monument) and the dome (the Capitol building with the painting “Apotheosis of Washington“) that I showed you in Obelisks and City Maps?…

Unrecognized by the vast majority of peoples around the world is the greatest conspiracy of all time, sitting right out in the open in Washington DC and at the Vatican. It is an ancient, magical, talismanic diagram—the Lost Symbol—based on the history and cult of Isis, Osiris, Horus, and the prophecy of the deity’s return.

The primeval concept was designed in antiquity for the express purpose of regeneration, resurrection, and apotheosis, for deity incarnation from the underworld to earth’s surface through union of the respective figures—the Dome (ancient structural representation of the womb of Isis) and the Obelisk (ancient representation of the erect male phallus of Osiris).

Now, what was it the Egyptians and other ancient cultures believed that the owl symbolized again?…

As you’ll recall from Secrets of the Owl: Part 1 – Links to the Ancients:

Owls have symbolic meanings related to death in many other cultures as well, with some societies even referring to the owl as the “angel of death.”

An owl can be seen as a bad omen or as a person who has passed and is protecting the people that they left behind. Many people believe that seeing an owl is indicative that death is going to happen in the near future.

Owls can be seen as creatures that are fiercely protective, but also as creatures that prey on others. In many cultures, especially Native American cultures, the owl is seen asa being that was once a person. It is believed that the owl has returned in its current form to protect loved ones.

With that in mind, there is clearly a link between owl symbology and the apotheosis/resurrection being shown by both the painting on the inside of the dome, and the dome itself in conjunction with the Washington monument.

We’ll move on for now, but its worth remembering the Washington was depicted as Zeus/Jupiter in the painting and statue.

The pyramid forms a hexagram, who’s ends make an anagram for “Mason” (as in freemason). The number 13 is also well represented on the right side of the bill.

The words “Novus Ordo Seclorum” found below the pyramid are translated as New World Order, or “A new order of the ages.”

Note that the word “seclorum” roughly means secular, which is defined as:

In other words, a New Secular Order, where people are completely secularized (i.e. disconnected from religion).

“Religion will be outlawed and believers will be either eliminated or imprisoned; there will be a new religion: the worship of man and his mind; all will believe in the new religion.”

“The worship of man and his mind”… this sounds exactly like New Age spirituality and yoga teachings doesn’t it…?

Now, have you been seeing a rapid rise in nihilistic atheism, as well as New Age spirituality lately? …. Heard any phrases like “I’m not religious, but I’m spiritual…”?

Remember the words “E Pluribus Unum“…. Out of many, one…?

Well, here is the Pope bringing all the world religions together:

Can you see where this is going?…

It follows that the meaning of the seal on the right which you’ve seen bits and pieces of so far is as follows: If you’re still hanging on to the official story, I think you now know for sure what to do with it… 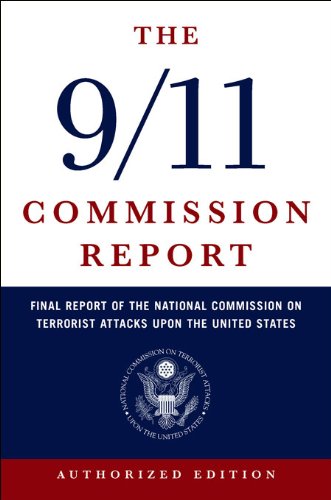